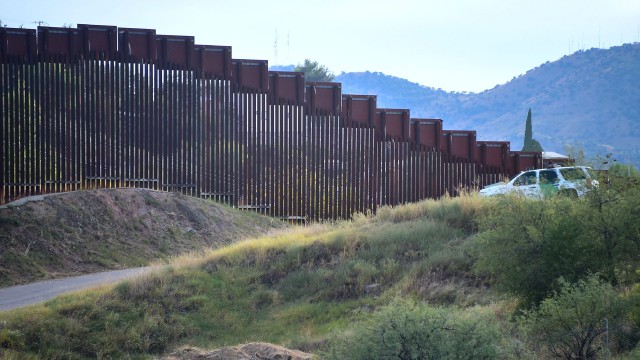 The border fence that separates a part of the United States and Mexico.

Following the signing of a federal bill that funded—and reopened—the federal government after what was the longest government shutdown in American history, President Donald Trump declared a “national emergency” on the southern border between the United States and Mexico in response to the status of border security. Regardless of whether or not the immigration standards in the United States should be altered in any way, declaring a “national emergency” on the issue sets a bad precedent for the office of the presidency.

The first problem with President Trump’s national emergency declaration is that it shows a glimpse into how much power the president truly has, and why that is a dangerous aspect of the job. The Founding Fathers did not intend for the president to have so much power that he could take money from one part of the government and allocate it to any issue he wanted for personal or political reasons, especially without congressional approval.

The second issue with the declaration of a national emergency is that it creates a bad standard for approaching the process to solve political disputes. For example, nothing is stopping a President Bernie Sanders, or a President Kamala Harris, or a President Beto O’Rourke from declaring a “national emergency” on healthcare or climate change, and taking millions, if not billions, of dollars from the federal budget to spend recklessly on issues that matter to them when trying to go through the halls of Congress isn’t successful. The president should not be allowed to have this much power or ability, and the standard should be kept the same whether the president is Bernie Sanders or Donald Trump.

As to the actual substance on the issue of immigration, border crossings into the United States are astonishingly high. More than 76,000 migrants per month, according to a report from the New York Times on March 5, 2019, cross the border illegally into the United States. This is something that must be addressed in Washington and should serve as a talking point among politicians, both Republicans as well as Democrats. If the United States government—and members of Congress—actually want to enact change on the southern border, compromise on policy or legislation presents far more effective options than declaring national emergencies to act as the middleman to “solving” problems.