Triathletes are a rare breed amongst students since most young people occupy their time with recreational activities such as social media and Netflix. There are some students, however, who practice how fast they can cycle instead of how fast they can watch a season of Friends.

Junior James Welch is one of those unique students who balances his schoolwork while also competitively training for three different sports. Becoming a triathlete requires a special kind of initiative that Welch came across in a leisurely fashion. 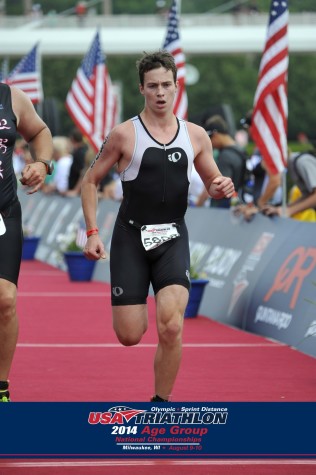 “My neighborhood puts on a mini-triathlon that I competed in when I was in the eighth grade,” Welch said. “I ended up doing very well in the casual competition. I’ve also swam competitively since elementary school and have always been a pretty solid runner.”

Getting into the rhythm of becoming a triathlete requires a starting point, and after participating in the friendly neighborhood competition, Welch decided to pursue a more aggressive form of the lifestyle.

“I told my dad I wanted to try a real triathlon and get into the sport,” Welch said. “He told me I could and that he would buy me a bike if I quit football, which I did. Then, the summer before freshman year I tried out for the swim team and didn’t make varsity, so I decided to run cross country instead and became increasingly competitive in triathlons.”

Finding time to balance being a triathlete and a student may require a lot of sacrifice. Welch managed to find a way to integrate his training into his school schedule.

“I do have time to be a student and train for triathlons mainly because I run and swim through school so the only thing I have to do outside of school is cycle,” Welch said. “Six days a week in the mornings, I run with the cross country team. Five days a week in the afternoon I swim with the swim team, then on Tuesdays and Thursdays I have cycling and conditioning for a couple hours and on Saturday and Sunday I have cycling again. For cycling, I train with a junior team called Playtri.”

This is an incredibly rigorous schedule for a student, but still there are certain committed individuals who are wanting and willing to prepare themselves for this fast-paced lifestyle. Junior Kayla Koen is one of those students who is committed to becoming a successful triathlete while maintaining a healthy teen lifestyle.

“I want to be a triathlete because I’ve really enjoyed the half-marathons that I have run, and I thought it would be fun to try something new,” Koen said. “I also really enjoy biking and swimming and those are both things I could practice through training.”

The amount or type of training done for triathlons depends on how competitive of an athlete the person aims to become.

“How much you train depends on what the goal is,” Welch said. “If the goal is to compete at a national or international level, a huge time commitment is involved. However, most people that do triathlons just want to finish and for that all you have to do is have fun and put in as much hard work as you can. If it’s an activity you just do for fun make sure you do enjoy it.”

This advice is good for people who are thinking about becoming a triathlete, and in Koen’s case, she aims to be a viable competitor and trains with individuals who are equally capable and experienced.

“Right now, I am taking swimming lessons from a professional triathlete who is teaching me about form and technique,” Koen said. “I also plan on keeping up with running and biking with my dad this summer.”

For those who are not connoisseurs of triathlons, there are different types of competitions one can get involved in.

“There are four basic types of triathlons: Sprints, Olympics, Half Ironman and Full Ironman,” Welch said. “Each one begins with a swim, then a run to a transition area where all the equipment is, such as bikes and shoes, then there is a bike leg, a run through transition and finally it finishes with a run. The length gets longer for each leg of the race from a Sprint to an Ironman.”

Triathletes have a rigorous task when it comes to training, balancing their lives and actually competing in triathlons. Welch hopes to continue this lifestyle into his college career in pursuit of maintaining his aggressively acquired athletic skills.

“I’ve been a triathlete since the beginning of freshman year and although some colleges only have varsity programs and others do not even have club teams, I plan to continue my journey as a triathlete,” Welch said. 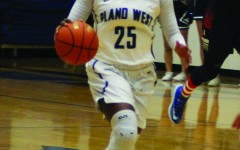 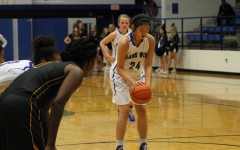 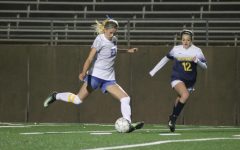 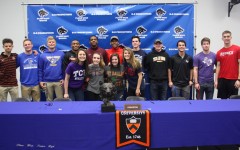 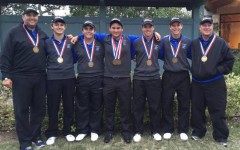 Putting in Work for State