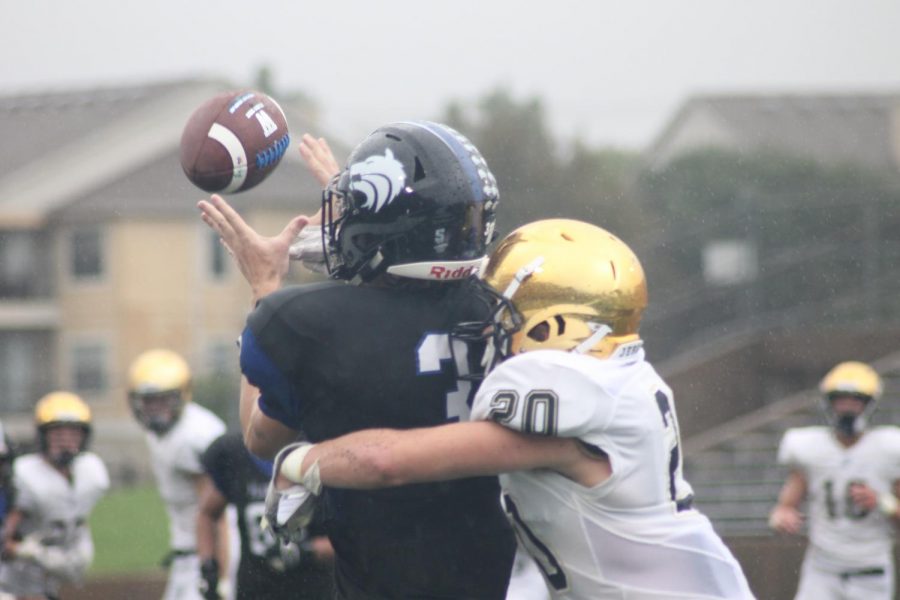 Plano West's Wyatt Johnson (#3) reaches for the ball against a Jesuit player.

Plano West was shut out early Saturday morning (the game was moved to the next morning due to rain delays Friday night) for the first time since their last game of the 2017 season, where they lost 34-0 to Denton Guyer.

The Rangers tore up West’s defense, racking up a whopping 490 yards (227 passing, 263 rushing), and six touchdowns.

Jesuit QB Kevin Shuman threw 173 yards and four touchdowns (all in the first half). Their backup, Jake Taylor, added 54. Running back E.J. Smith ran for 147 yards and a touchdown early in the third quarter. Other running numbers for Jesuit included Taylor, who ran for 51, Kyle Heckel, who ran for 26, and Mitchell Campbell, who ran for 23.

All four of Shumans’ touchdowns were to different wide receivers (Travis Whisler, Jack Hajdu, Nick Hafertepe, and Brody Hilberth). Whisler led the team in receiving with 85 yards, and Hajdu followed with 66.

For Plano West, Danny Davis threw for 75 yards. West’s running game was led by Noah Scroggins and Nick Griffin, who recorded 46 and 21 yards, respectively. Cole Carter led the Wolves in receiving with 32 yards. 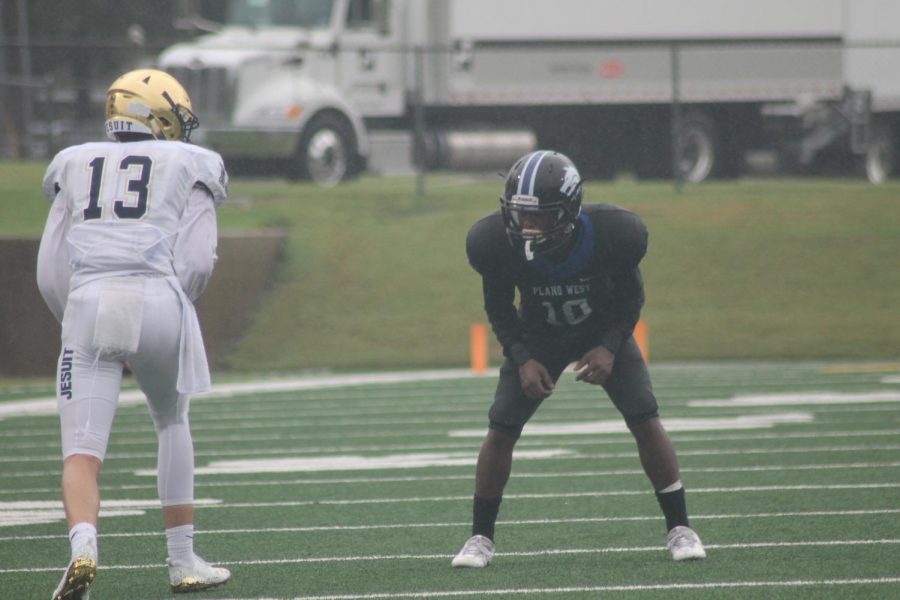 Here is a more in-depth breakdown of each teams’ statistics:

Jesuit, which has moved to 2-2 on the season, will host McKinney Boyd this Friday, while Plano West will prepare for city-rival Plano Senior.

(Note: Plano West will be the visitors on Friday, as both West and Senior share Clark Stadium.)