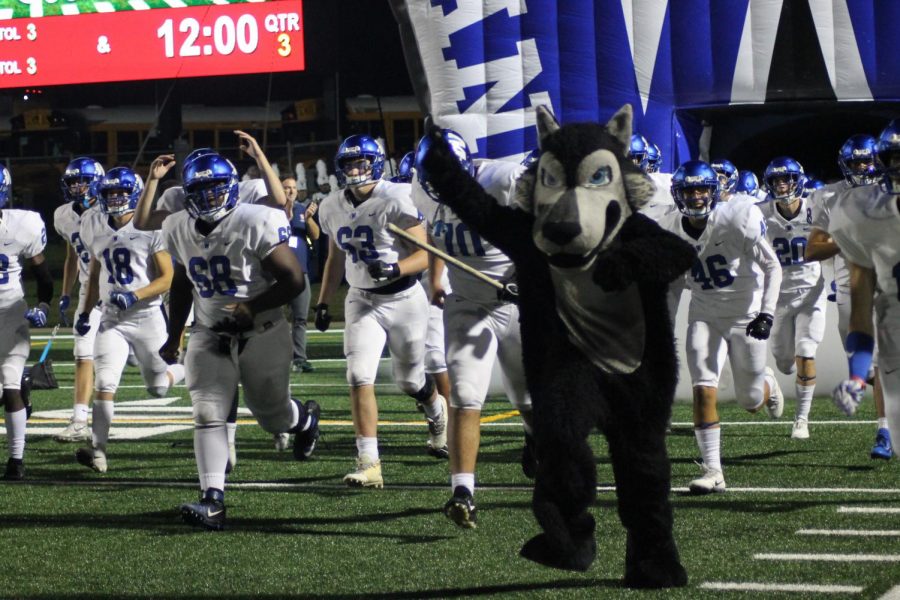 Plano West runs out of the tunnel against Plano Senior on Friday, September 28, 2018 at Clark Stadium.

Wolves’ QB junior Danny Davis threw for 172 yards on 12 completed attempts and managed to rush for an additional 41 yards and a rushing touchdown halfway into the fourth quarter. Davis also threw two interceptions, one on the second play of the game, and the other on West’s first drive of the second quarter. Senior back Noah Scroggins led West in rushing with 64 yards, and sophomore Greg Draughn added 25 yards of his own on four carries. Junior Cole Carter was able to reel in four receptions for 99 yards, and junior Tavarius Garland followed with 48 yards on six receptions.

Below are Plano West’s statistic leaders on the season so far:

Here are some statistics from Friday’s game:

A Week Seven District 9-6A Recap

Plano West will head back to Clark Stadium for just one of two remaining home games this year, where they will play against the 1-5 McKinney Lions.