Students’ Stories From All Around The World

For most students at West, America has been their home for their entire life. However, for others America is a brand, new place and their “home” is thousands of miles away. A senior high environment can be filled with new adventures, but to these individuals simple moments like the Texas State Fair is a different experience.

“This year I moved from Dubai to Plano,” junior Sinem Camlica said. “I was born in Turkey and lived there until I was twelve. In sixth grade, I moved to Dubai.”

A drastic moving experience is not only unique to Camlica, but to senior Diana Abaie.

Moving around the world and having a global identity is also shared by senior Shaya Rehmani. 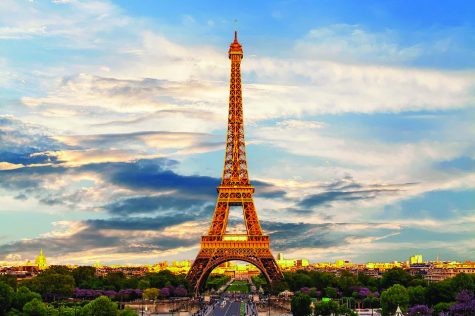 The Eiffel Tower in Paris, France.

While all the individuals moved from different places, they all seem to agree that the American education system took some time to adjust to.

“When I moved here at first, it seemed that I was learning what we learned two years ago in France,” Rehmani said. “In my opinion, it seems that the educational system abroad is a lot more advanced compared to here.”

The grading system used in this district also shocked these individuals, as in other places the education system was more project based.

“In Australia, everything is a piece,” Abaie said. “It’s sort of similar to a holistic process. Your grades, your participation are a piece to your overall grade. Even your discipline is a part of it. In the U.S, your grade is determined only on numerical grades.”

For Abaie, the concept of APs and honors were a foreign concept and was an idea that was not implemented at her school.

“In Australia, the classes are combined,” Abaie said. “Until 10th grade, there are no honors or regulars. Everyone is on the same level, except math.”

Tests play a major component in the determination of your grade in the majority of core-subject classes in this school district. However, in other places projects were considered more important than exams.

“In my school, you didn’t have tests,” Camilca said. “You had more projects and you would research about your topic and present it. It’s really hard for me to get adjusted back to testing, especially like the SATs. I also find it confusing on why you can’t retake or make up a test. The good thing is that teachers are super helpful.”

Apart from the grading being different in the education system, the teacher-student relationship was also unexpected for these international students.

“In Dubai, the relationship is very diplomatic,” Camlica said. “Teachers there are very strict. For example, when the teacher walked in you have to stand up. When I first came here when the teacher walked in and no one stood up, I was very confused. Here, teachers write their phone numbers up and chat with us, so it is more friendly. It makes me feel more comfortable in the classroom.”

While football games are a quintessential image of American schools, in other countries there is a heavier emphasis on sports being involved in the education system.

“On Thursdays in Australia, we have half the day dedicated to sports,” Abaie said. “So 9 to 12 we would have class and from 12 to the end of the day we would have sports. Each person has the liberty to choose whatever sport they want to. What I liked about this was that everyone was involved in a sport over there being athletic was super important for their education. Over here doing a sport is considered school spirit.”

While students in America look forward to Friday, in Dubai the different weekly schedules causes a different student excitement. 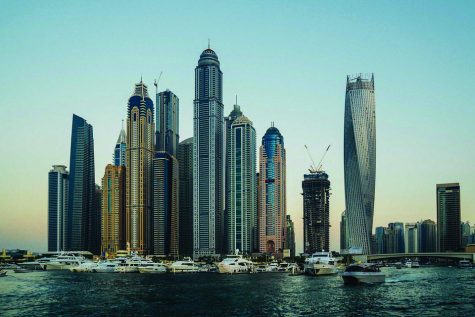 A photo of downtown Dubai.

“The weekends were Friday and Saturday,” Camlica said. “Sunday was like a Monday, so on Thursdays school would end early.”

For Abaie, the typical American school year was an adjustment as well.

“The school year starts in January and ends in the beginning of December,” Abaie said. “In between every two and a half months, you have a two-week break. Our long break between January and December is considered summer.”

The social activities individuals would typically do on a weekend are absent here and often these become the memories they miss the most.

“In France, we had more yearly festivals,” Rehmani said. “I miss the Festival de music and the carnival.”

Along with the weekend activities being dissimilar, the overall American lifestyle differed from what these students grew up with.

“In Australia, people go outside, have picnics, go biking, “Abaie said. “There’s a lot outdoor activities. Here, everything is inside. I noticed there is a nightlife, but in Sydney everything closes at 5 p.m; after 5 p.m is family time. However on Thursdays there is a long shopping day, so everywhere the stores are open until around 9 p.m.”

The thrill of school dances are shared by students from these countries. While it isn’t given the official title of homecoming or prom, the school organized event was a staple in the high school experience.

“We had a ‘prom’ and it was in grade 12,” Camilca said. “Dubai is a very luxurious place, so it would be held on a yacht or something extravagant like that.

In the United States, a major milestone in a teenager’s life would be obtaining their license. At West, many students drive to school and it is a common occurence to eat lunch off-campus because of this transportation.

“We couldn’t leave our campus to eat lunch,” Abaie said. “In Australia, you can only drive when you are 18 and even then there are regulations. Most of the time, you would take the bus, which was very accessible.”

Before coming to the United States, these individual’s perception of America stemmed from the media. Because of this, their expectations were different from their actual experiences.

“I think America is really great at advertising itself because they portray this really positive image,” Camilca said. “That exists, but I also think they don’t portray some of the negative aspects, because I think the image that’s put out is not a true reflection.”

While all of these students moved before their immigration to America, they all mutually agree that the move during their teenage years was more difficult.

“My second immigration was much harder because I was older and I had a lot of attachment to my friends and the culture,” Abaie said. “When I first found out that we were moving, it came as a shock to me. I was in the middle of 10th grade going to 11th grade and I couldn’t cope with it, but my dad told me that it was a really good opportunity for me.”

While a new move can impose as a scary experience, the opportunities and the chance to broaden your horizons is a gift that these students are grateful to have.

“With this move, I became more confident,” Camilca said. “Every time you move to a new place it’s like a fresh start and you can potentially show yourself as a new person.”